Basil is an herb of contradictions, from its spicy-sweet profile to the history and folklore behind it. It likely originated in India more than 5,000 years ago, and made its way westward to Mediterranean countries in the form of potted plants. The word basil is derived from the Greek basileus (“king”) or basilisk (“serpent”), but surprisingly, Greeks don’t use it in cooking, preferring to place it at home entrances as a fragrant welcome. Basil signified hatred to the ancient Romans, yet it later became known in Italy as a symbol of love. In the 17th century, the English hung basil in their doorways to ward off evil spirits, and in the Victorian language of flowers, it was said to represent both hatred and best wishes.

Like other culinary herbs such as rosemary and sage, basil is a member of the mint family. There are more than 40 varieties of basil, each with its own aroma and flavor. We grow nine different types at Jordan, from the many sweet Italian varieties to spicy Thai versions. Each brings its own flavors and aromatics to the table for our guests. Some basils show more anise, lemon and mint, while others are sweeter.

I prefer Emily, a classic Genovese basil, for Italian pesto, but for Asian recipes, I reach for Dark Purple Opal, named for its gorgeous purple color. For a red wine course, Opal’s anise-like notes can be a bridging element when added at the end of the cooking process. I also like the peppery intensity of Siam Queen Thai basil for Asian dishes. By far, our favorite course for a summer meal is an heirloom tomato and burrata salad served with jars of different basils. The herbs double as centerpieces, and each jar brings a different flavor to the dish. It makes for great food and wine pairing conversation.

We use the flowers that grow at the plants’ tips once the basil has bolted. We use them as an aromatic garnish atop caprese salads and other dishes. As beautiful as the leaves are, the fresh blossoms bring another dimension of flavor. As they open up on the hot plate, their perfume immediately transports the guest to the summer garden.

These are just some of the basil varieties we grow at Jordan, each with its own unique color, aroma and flavor. You can buy the seeds from Baker Creek Seed Company and grow many of these basils in your own garden. 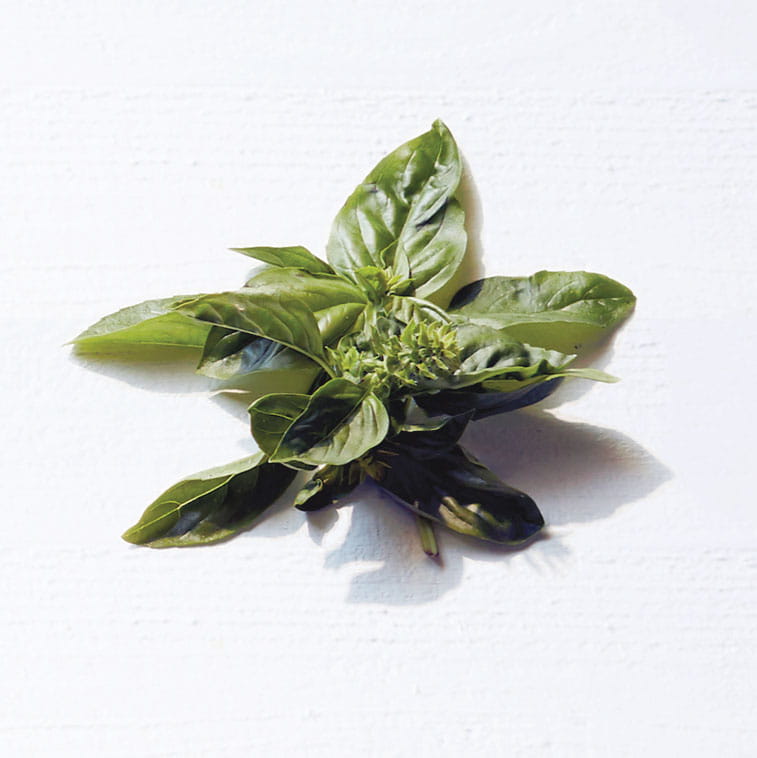 This is a compact version of a classic Genovese variety, well suited to growing in pots. Its medium-to-large leaves are ideal for pesto or tomato sauces.

A dwarf Sicilian basil with small glossy leaves, this variety is highly aromatic and has a slightly spicy flavor. Often used for pesto, it tastes similar to a classic Italian basil, but with more spice. The entire plant can be used in cooking. 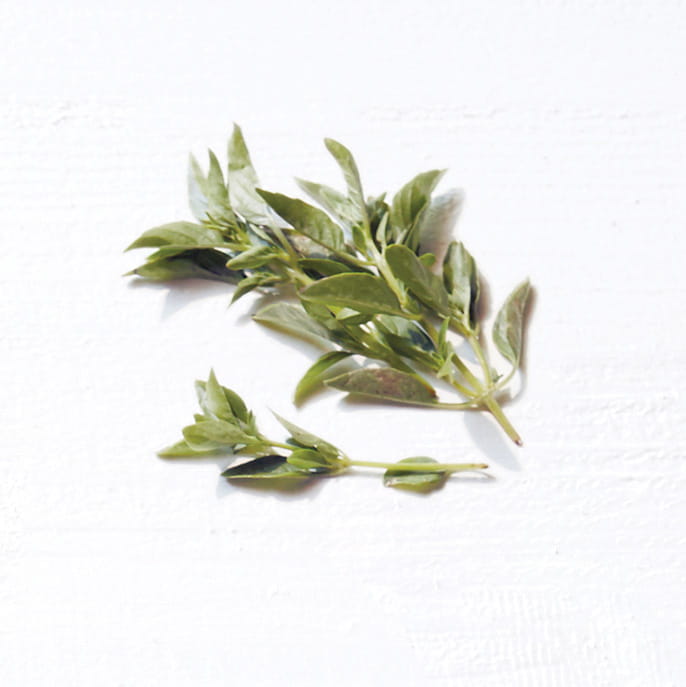 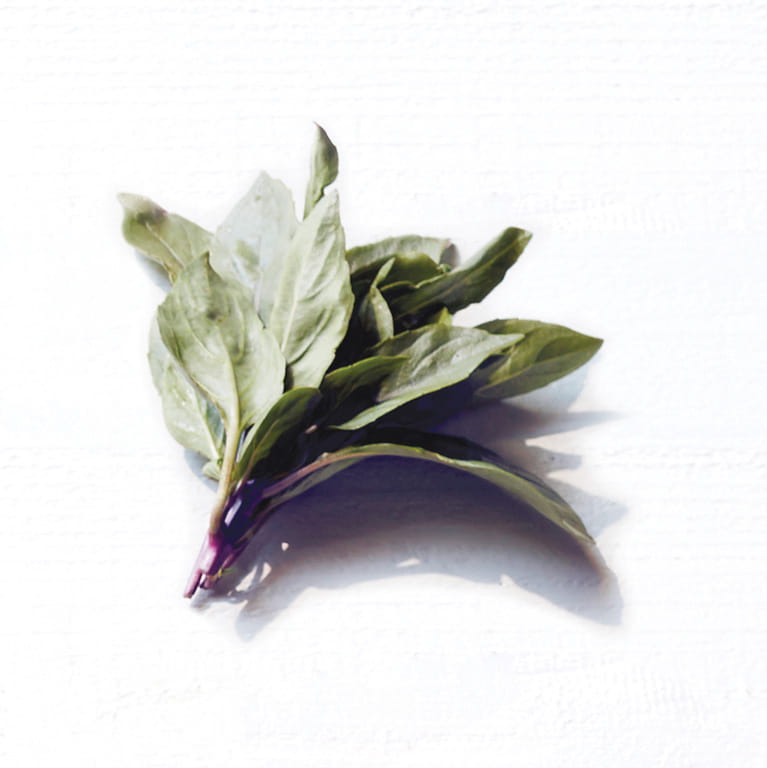 With burgundy stems and thick, green leaves, this is a bit spicier than a traditional basil, with a licorice flavor. Fresh or dried, it can be substituted for common basil when a stronger flavor is desired.

A large-leaf Italian basil with bright, curly leaves, this variety has a mild flavor and aroma. Its oversized leaves are perfect for layering on sandwiches. 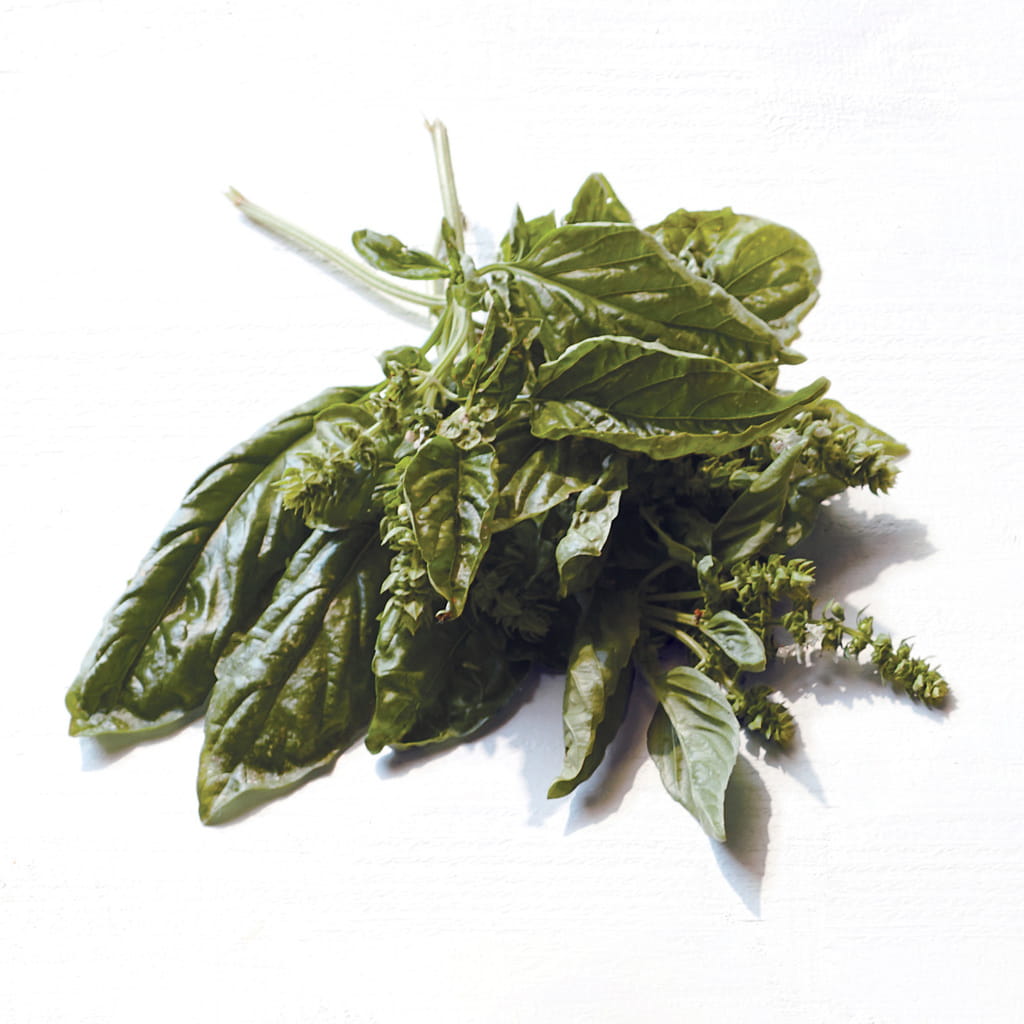 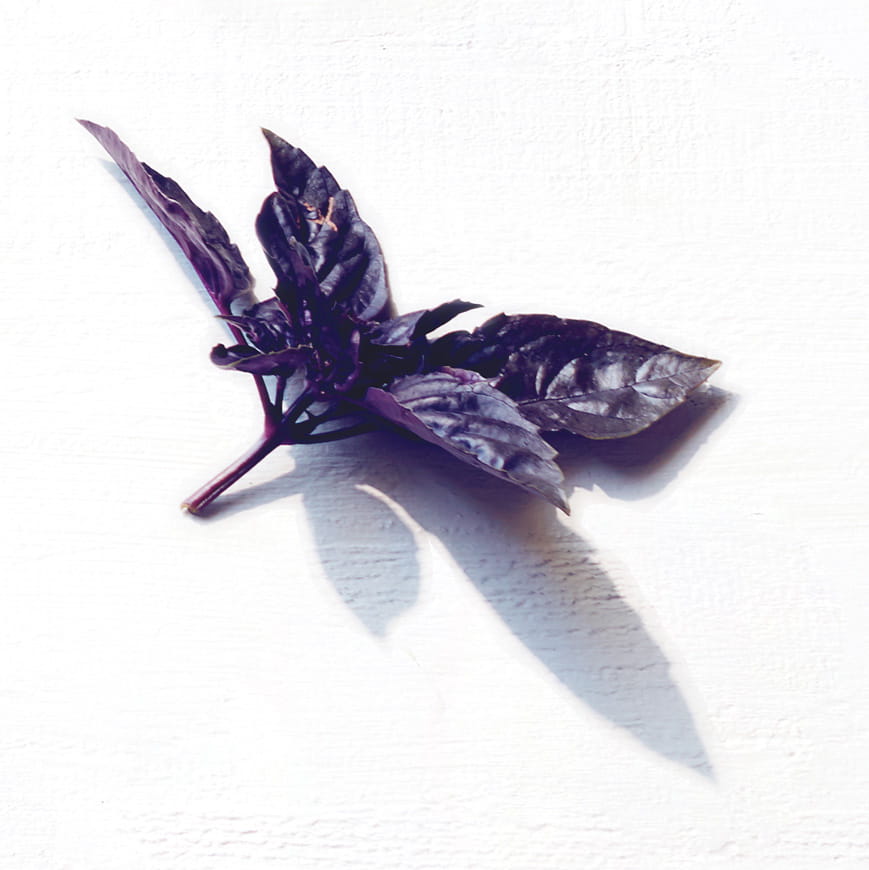 Deep purple in color, this variety leans more savory than sweet, with mild ginger notes and a stronger anise flavor than traditional basil. Use it in tomato salads and other recipes that call for sweet basil.

With its strong clove aroma and intense flavor, this variety is more stable than other basils at high cooking temperatures. It’s perfect for Thai and Vietnamese cooking, as well as Italian dishes. 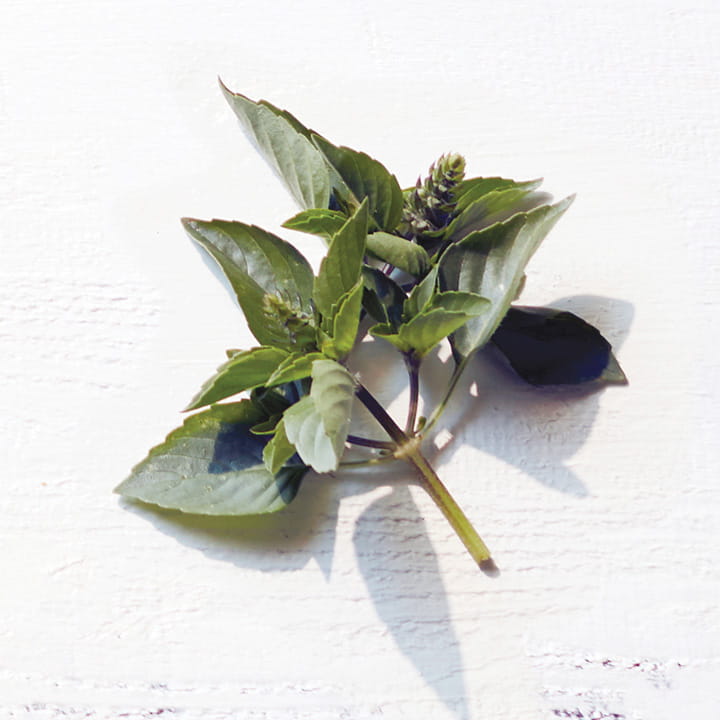