Mother Nature certainly put on a show in 2019. It was a growing season bookended by flooding and wildfire—neither of which had a negative impact on our vineyards but branded the vintage as truly historic. I didn’t expect my first harvest as winemaker to be filled with such twists and turns, but I’m very excited about the wines now resting in oak barrels. Both the chardonnay and cabernet sauvignon are showstoppers. Here’s a look at the 2019 growing season and my first impressions of the wines.

After record-breaking rainfall in the winter, a relatively cool spring followed, delaying bud break into late March. With a later bud break and cool temperatures, we were on trend for a normal start time for harvest—well into September rather than the August harvest starts we experienced during the drought years. The biggest surprise early in the 2019 growing season was the two inches of rainfall in early May; this was unseasonable for Northern California. Fortunately, many vineyards had not begun flowering due to the cool spring, so yields were not significantly impacted for chardonnay or Bordeaux varieties.

With average temperatures throughout the summer, the grapes progressed very nicely. By June, we could see that quite a heavy crop had formed, so we made an aggressive pass throughout the vineyards to drop any clusters that were falling behind their counterparts in maturity. This practice of thinning after fruit set is a sacrifice of quantity for flavor, allowing the vines to focus their energy on continuing to grow a smaller, more flavorful crop.

In August during veraison, when the grapes start to turn color and soften, we went through each vineyard block again and dropped any clusters that were unevenly ripening and behind in maturity. We also noticed that our chardonnay grapes in Russian River Valley, in terms of maturity, were significantly ahead of the red grapes in Alexander Valley, which meant we could focus on picking and crushing the chardonnay at night and not have to immediately pivot into red varieties throughout the day. We began pressing the chardonnay grapes at 3 a.m. on September 12. When we tasted the first press sample of cold, crisp juice with intense Fuji apple characters, we knew 2019 was going to be a great year for Jordan Chardonnay.

The condition of the fruit was so beautiful and pristine that minimal fining was needed, allowing the purity of the fruit to shine through. We finished the vast majority of the chardonnay pressing in six consecutive nights.

Mother Nature put on another show during harvest, and there was a distinct first and second act. The chardonnay harvest performed the first act with a beautifully timed intermission that gave us time to make space in the fermentation room for the second act by our four Bordeaux grape varieties. Even the outside temperatures shifted dramatically in the middle of harvest. On September 25, the high was 103 degrees, and the next day, the high was only 69 degrees. Ready for Mother Nature’s second act, we began crushing merlot, and the incredible fruit favors and intensity had us all celebrating. This would be the second outstanding harvest in a row in which the weather was cooperating, the fruit tasted marvelous and the yields were above average.

As lead winemaker for the first time during harvest, I was both grateful and incredulous as I watched the weather reports, forecasting ideal temperatures for ripening grapes with no rain in sight. As the fruit came rolling into the winery in early October, we were notified of our first red flag warning, which happens when temperatures are warm, humidity is incredibly low and the winds are dangerously high. Power shut-offs were also announced, but Director of Facilities Tim Spence was well prepared; he and his team filled up the water tank for cellar operations, purchased extra fuel for the generators and switched all winery power over to our generators. Many of our growers called to confirm we could still continue with our regularly scheduled picks, and we assured them our generator was working well, and we could keep on crushing. Many wineries in Alexander Valley did not have generators with enough power to run the crush equipment, so when some wineries were forced to cancel picks, our harvest dates were moved up in order to keep the vineyard crews busy. Surprisingly, the first power outage was beneficial for Jordan’s 2019 vintage, allowing our growers to pick grapes even faster than the normal pace, since they had all crews working on our blocks. 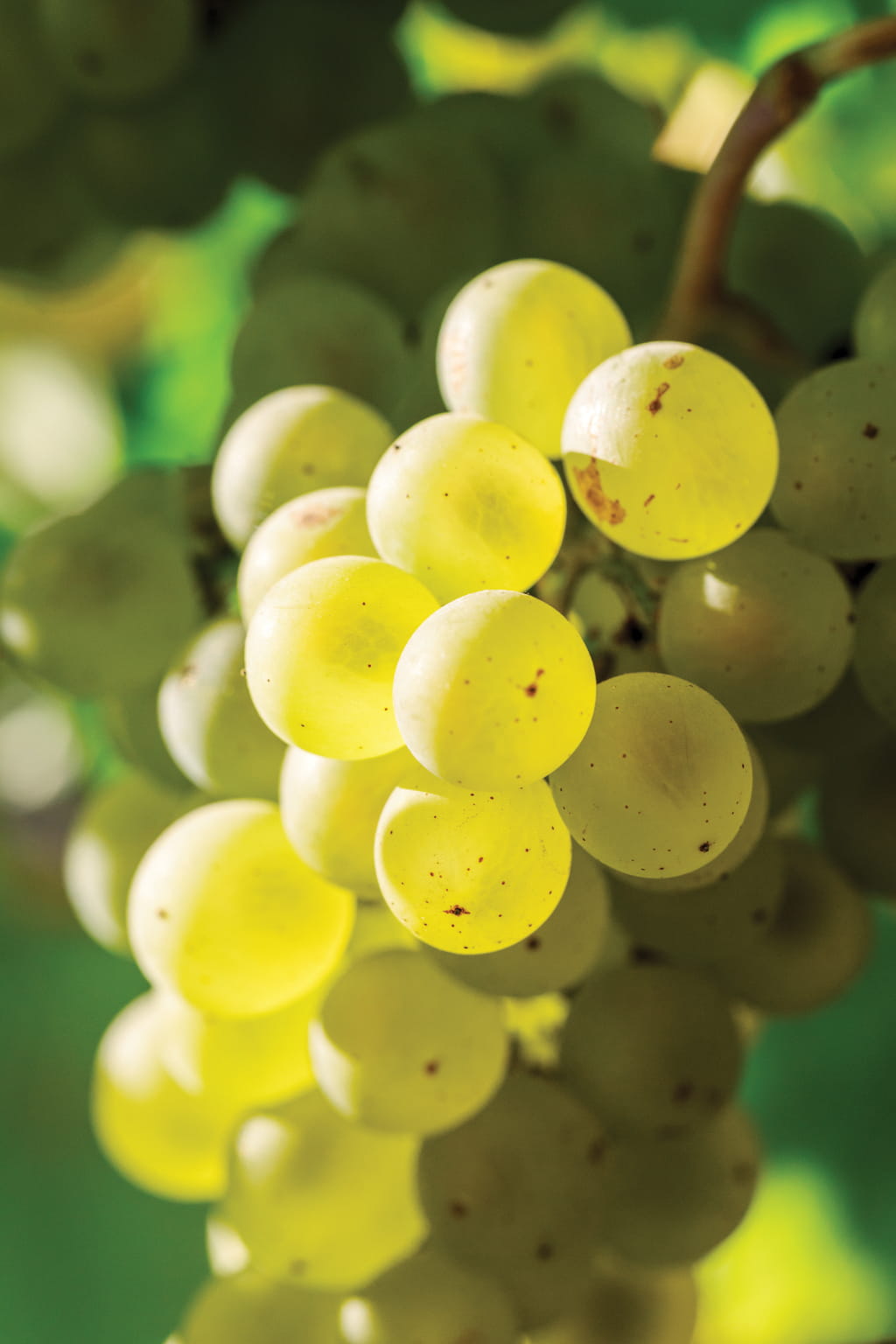 The last of the grapes made their way to the hopper on October 17. A few days after the commencement of harvest, we were again warned of a second planned power outage, but we already knew our generator could supply our pumps and presses with enough power, so we thought it would be business as usual. Mother Nature had other plans. On October 23, around 10 p.m., the Kincade Fire started in a mountainous area several miles northeast of the winery, and the high winds quickly carried it into the heart of the Alexander Valley in Geyserville, putting many of our growers at risk. Our main concern was for the safety of the families that live on the properties, their homes, and their farm animals and pets. Vineyards are a natural firebreak, so we knew the majority of the grapevines would be okay. Roads into Alexander Valley were quickly closed, but a small crew of us got around the barricade near the winery entrance before sunrise, so we could pump the tanks over and immediately close the tank lids to protect them from any smoke that might move toward Healdsburg.

The incredible fruit flavors and intensity had us all celebrating.

Even though the fire was still six miles from the winery, the wind was blowing from east to west, so we couldn’t keep the ambient smoke from entering the cellar. We were judicious about limiting the time each tank was open to ensure that smoke did not get into the tanks and taint the wine.

A few days later, there was another high wind advisory, and winds were expected to be even stronger than before. With a fire still burning in the rural mountains of Alexander Valley, authorities took no risks, and a mandatory evacuation was issued for all of Geyserville, Healdsburg and Windsor. Jordan Winery was in the evacuation zone. These are all towns where the majority of our employees live, including myself. We all evacuated to different parts of the Bay Area— John Jordan and I were both at different hotels in San Francisco—but Tim Spence and his family decided to stay on property (while evacuated from their Windsor home). He kept the generators running and assisted first responders, giving them a place to rest and showing them the lake and the different private roads on the property that could aid in fighting wildfires. The first night was a real nail-biter, as the fire threw embers all the way to West Soda Rock Lane, a dirt road that borders Jordan Estate to the east. However, the firefighters fought back, and the fire continued to burn southeast, never reaching Jordan or the town of Healdsburg. 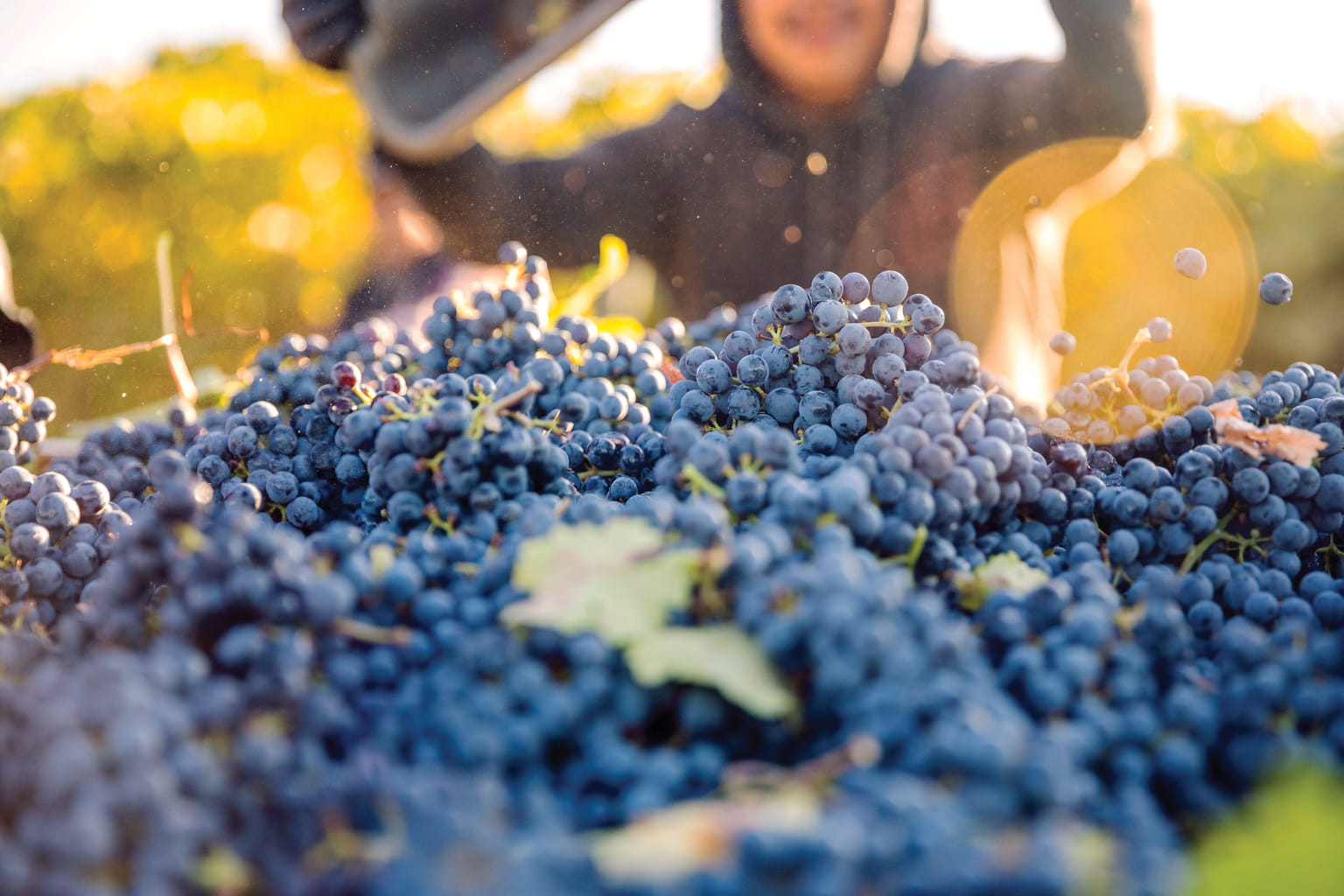 Evacuated with my family, I grew incredibly anxious. I knew we had done everything we could to avoid smoke taint in the wines, but we had two actively fermenting tanks that were in serious need of a pump-over to cool down the cap and blow off carbon dioxide—the byproduct of fermentation. Tim offered to help pump-over the tanks, and I was grateful for his help. We spoke on the phone and went over the quick logistics of how to conduct a pump-over, which Tim had watched a million times during his three decades of working at Jordan, but never had done himself. When Tim texted me that both tanks had been pumped-over, I replied, “How do they smell?” Tim’s response? “Delicious.” That was all I needed to hear! After three days of being glued to my iPhone while Tim pumped the tanks over for winemaking, I was able to obtain an agricultural pass for four of us to enter the evacuation zone and return to the winery: Assistant Winemaker John Duckett, our South African intern, cellar worker Dennis Luz and me. When we arrived at the winery, I quickly went through all of the tanks and assessed them, and they all smelled fantastic, albeit begging for a pump-over. A day later, the mandatory evacuations were lifted, and our incredible cellar team returned to work and began pressing non-stop until we finished.

The 2019 vintage was quite the baptism for my first year as lead winemaker. It will definitely be a harvest I will never forget for many reasons, but when I think of the vintage as a whole, I can’t help but smile with a great sense of relief. I am relieved that our growers are safe with minimal damage to their properties. I am relieved that I have my first harvest as head winemaker under my belt, and most importantly, I am thrilled that the wines are absolutely delicious.